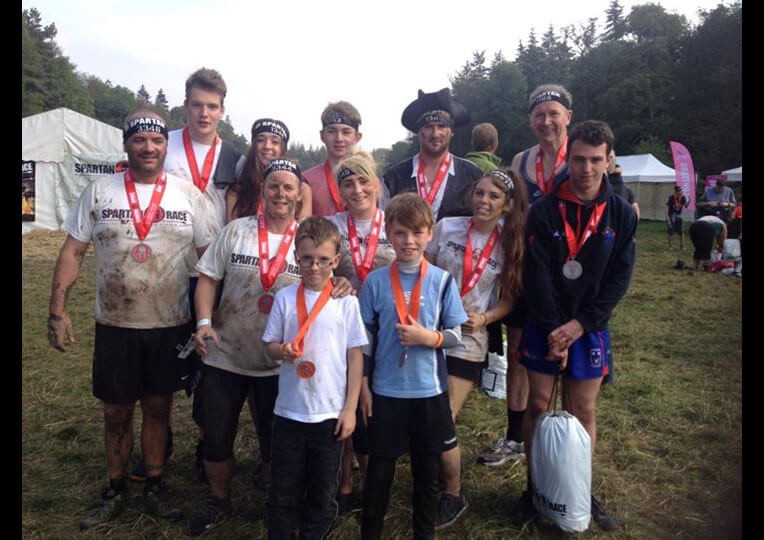 A brave group from OYT Scotland exchanged their sailing boots for running shoes to raise money at the Reebok Spartan Sprint at Winton House, Edinburgh on Sunday 21st September.

Calling themselves “Jolly Rogers”, the team ran the course which encompassed 5k running, and was interspersed with 15 obstacles, including a river run, carrying Atlas balls and finishing with a run through fire.

“It was really hard work, but it was great fun running as a team” said Hazel Wiseman, Finance Officer for OYT Scotland “I will definately be doing it again!”

Also attending on the day were volunteers, lead by Sarah Martin, who helped marshall on the day.

CEO Nick Fleming ran the course and said “Thanks to everyone who contributed to this event- from the participants, the volunteers and those who donated in support. It was an amazing day out and it really tested us. We look forward to the challenge next year! ” Fundraising for the day has reached over £1000 and still counting- well done team!