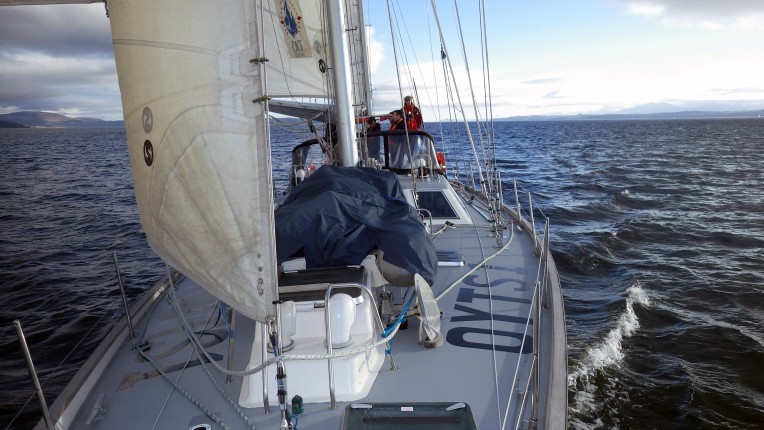 The sailing season has begun!

Time is flying by and we are into our third week of the sailing season here at OYT Scotland. So far we have seen Helensburgh & Lomond Young Carers undergo their Adventure under Sail. Thanks to KPMG for supporting this group with funding. Last week saw the first of three groups of City of Glasgow College –  Nautical Studies Students on board both Alba Venturer and Alba Explorer.

The Fundraising Team saw OYT Scotland’s first Charity Comedy Night take place at the Mansion House in Glasgow. Comedians included Anna Devitt – star of Britain’s Got Talent and Gary Little – winner of Best Stand up at 2014 Comedy awards. Proudly sponsored and supported by Pinsent Masons, the event was well attended and we raised nearly £800. Check out photos of the event here.

The office is buzzing with two new additions to the Fundraising Team: Doro Weber and Jane Griffin have recently joined the team to help raise our profile and income so that young people know about and get aboard with OYT Scotland. Fundraising is becoming more challenging and time consuming and the bigger team will enable us to develop different aspects of fundraising so that we are not too dependent on any one stream.

Another new development includes the launch of a suite of films which captured the Young Leader Development Programme Voyage 2014. The film was produced, filmed and edited by one of our young people Ellis Beaton who took part in the programme. Ellis is an emerging film producer with 29studios, a creative digital agency & 29steps a social enterprise. Through Ellis’ involvement a partnership between 29studios & 29steps and OYT Scotland was born. You can view the suite of films here.

For upcoming fundraising events check out our Facebook page: https://www.facebook.com/OceanYouthTrustScotland/events