Opening the proceedings was Michael Matheson, who welcomed the attendees to Parliament. Mr Matheson visited Ocean Youth Trust Scotland (OYT Scotland) vessel Alba Venturer last October, meeting 10 young people from Falkirk who were taking part in a voyage. Justice Secretary Matheson said of the event: “It was fantastic to hear from the young people tonight about the positive and valuable experience they had on their New Horizon’s voyage with Ocean Youth Trust Scotland, funded through CashBack for Communities.

“This programme is benefiting young people from all over Scotland and tonight’s reception showcased that CashBack for Communities is funding innovative youth work that is making a huge difference to the lives of our young people. Since 2008 we have committed £75 million to community initiatives right across the country to ensure that as many young people as possible can get involved with life-changing programmes like this one.”

Following on from Mr Matheson, OYT Scotland Trustees Emma Harvey and Robbie Crow invited several young people to discuss their experiences on board and describe what they had gained from the voyages. Fraser Risk, one of the young people selected to speak said, “I absolutely loved my voyage in October 2015 and really enjoyed the event at Holyrood being up in front of everyone answering questions about my voyage.”

The event was then closed by MSP Stuart McMillan, a long-time supporter and Ambassador for OYT Scotland. Mr McMillan said “OYT Scotland are one of Scotland’s gems. They provide a life changing opportunity for hundreds of young people every year and events in Parliament allow them highlight their success stories. I am proud to be an OYT Scotland Ambassador and never tire of promoting such a fabulous organisation.”

OYT Scotland, Scotland’s leading sail training organisation, is working in partnership with Local Authorities across Scotland, to transform more than 320 young people’s lives over three years thanks to an award from the “CashBack for Communities” scheme – the Scottish Government’s proceeds of crime fund. Awarded funding in 2015, OYT Scotland used the Parliamentary event to celebrate the success of the first year of the programme, and to thank those involved for their support.

The participants from disadvantaged backgrounds across Scotland took part in 5-day long sea voyages in some of the world’s best sailing waters. During the voyage, the novice sailors gained nationally accredited qualifications, and improved their communication and problem-solving skills.

All members of the crew received the Royal Yachting Association’s Start Yachting Level 1 Award, and the SQA’s Level 3 Speaking and Listening qualification.

Nick Fleming, Chief Executive of OYT Scotland said: “We are so pleased to celebrate the success of the young people who took part in the CashBack for Communities programme in 2015. It is fantastic to see so many of them attending this special event, and to hear what a difference the voyage has made to them. Our voyages offer young people a truly unique and life changing opportunity. Over the course of a very intensive week, living together in close proximity, they not only learn to sail, but also learn leadership skills and how to work effectively as a team.”

“These young people are a clear example of all that this programme aims to achieve.  We are excited to announce that four of the 2015 CashBack for Communities participants have been selected to take part in the Trust’s Young Leaders Development Programme in 2016, and we look forward to helping them develop further within the Trust.” 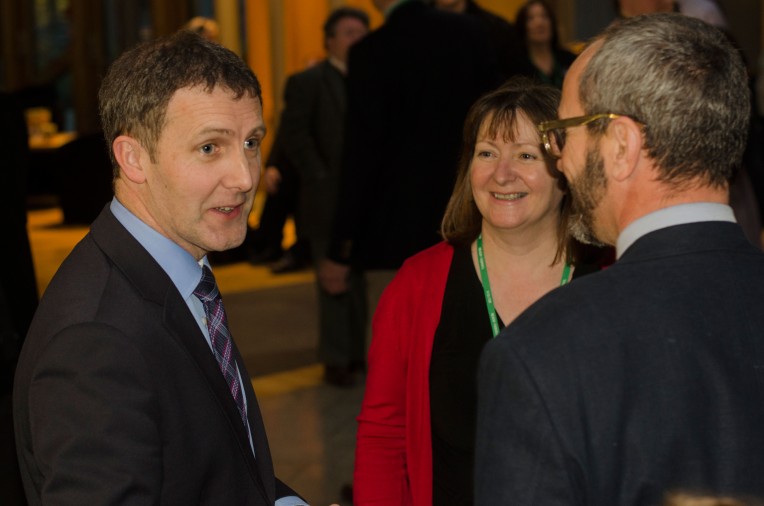