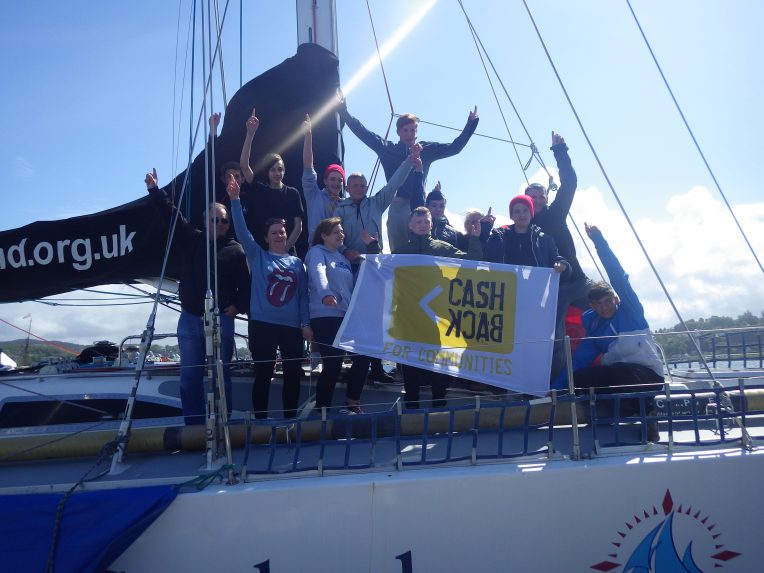 25 May 2016
admin
CashBack for Communities, General 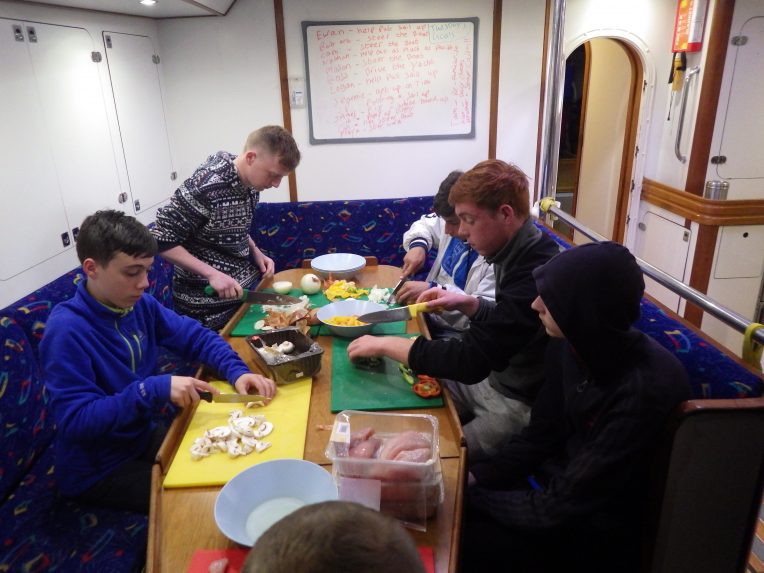 Last week on Alba Explorer, 10 young people from the East Dunbartonshire Positive Achievements Project called in at Loch Drambuie and Tobermory during their 5 days on board. Positive Achievements is a partnership-funded and local authority-managed youth project, based in Kirkintilloch which supports vulnerable young people into employment, education, training and/or volunteering.

The young people on Explorer had this to say about their voyage:

“I enjoyed working as a team, and the views were amazing. I’d love to come back and do it again.”

“I set myself the goal to stay positive and get up on time. I did both, and I am really proud!”

“At the end of each day I was really tired because I worked so hard, but I was happy because we worked in a team and I learned something new.”

“I had a chance to see how the boat worked and I got to do some of the daily checks on the engine. I definitely want to come back and learn to be a bosun.”

“I think everyone should sail with OYT Scotland- try it- it’s wicked!”

The Positive Achievement group set goals for themselves during the voyage which included: getting an apprenticeship, better behaviour in school, going to college, becoming an OYT Scotland volunteer, and joining the army.

Also taking part in the voyage was group leader, Tam James. Tam commented: “I would like to thank OYT Scotland and CashBack for Communities for giving our young people this amazing opportunity.  The young people thoroughly enjoyed themselves – it was great to see them engaging in new activities and rising to the challenge despite some difficult weather conditions.”

Leader of East Dunbartonshire Council, Councillor Rhondda Geekie, said, “This was a fantastic opportunity for the young people at Positive Achievements to learn new skills and gain the experience of sailing. Whilst sailing is extremely enjoyable it is also very hard work and the young people who took part should be very proud of themselves for completing this challenge.”

Many thanks to the volunteers and sea staff who looked after the group. They helped to make the voyages a great success.

Our next CashBack for Communities voyage takes place on the 23rd May and welcomes East Renfrewshire young people are on board Alba Explorer.