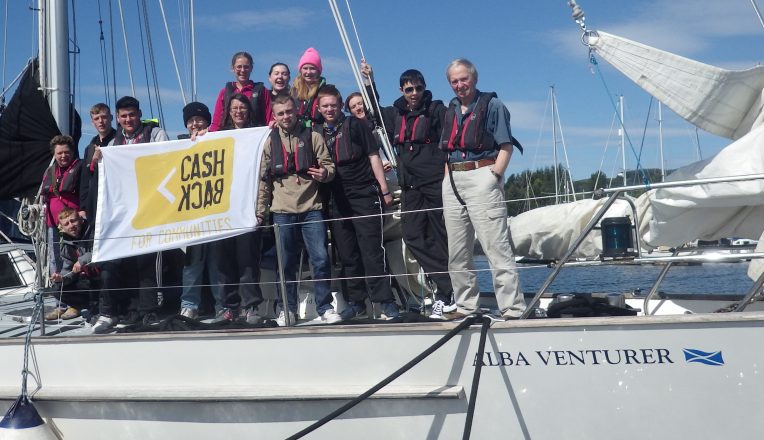 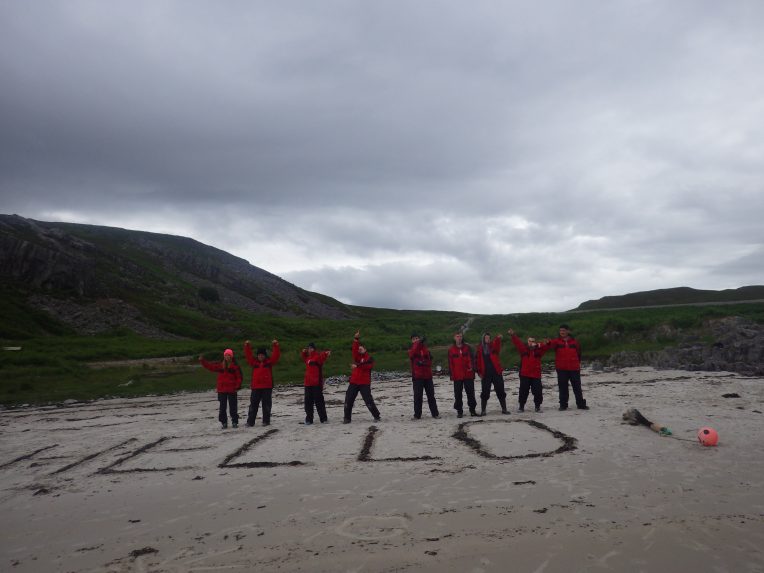 A “fantastic experience” was how one member of last week’s CashBack voyage described their time on board last week. Eight young people from Argyll and Bute departed from Oban on the 13th of June and were at sea for five days, covering 143 nautical miles.

The group called in at Kerrera, Jura, and Islay on their voyage aboard the 70 ft yacht Alba Venturer. In a busy week, they learned to navigate and steer the boat, hoist and drop the sails, tie knots and cook for the whole crew.

The group all worked hard throughout the week to achieve the goals they set themselves, but still found time to have fun! They said:

“I enjoyed myself and built confidence.”

“I feel thrilled and chuffed we achieved so much!”

“It was really good to get away for a bit and sail in sunshine.”

“I loved the scenery.”

“I enjoyed steering the boat and learning how to do knots”

At the end of the voyage, the group set themselves goals for the future such as getting accepted into the Navy, passing Nat 4s and Highers, getting a steady job, and getting into college. The confidence gained and lessons learned during the voyage will make a difference for everyone in the group.

Also taking part in the voyage were two group leaders, Dawn Park and Ann Kennovin. Dawn commented that the growth of confidence in the young people was noticeable even within the first 24 hours, concluding that through the week the young people “had a great overall experience, learned new skills, and met a lot of nice people”, with everyone “working hard to achieve a safe voyage”.

Big thanks everyone who helped to make the voyage a success, and an extra special thanks to volunteers Bob, Emma and Rebecca! 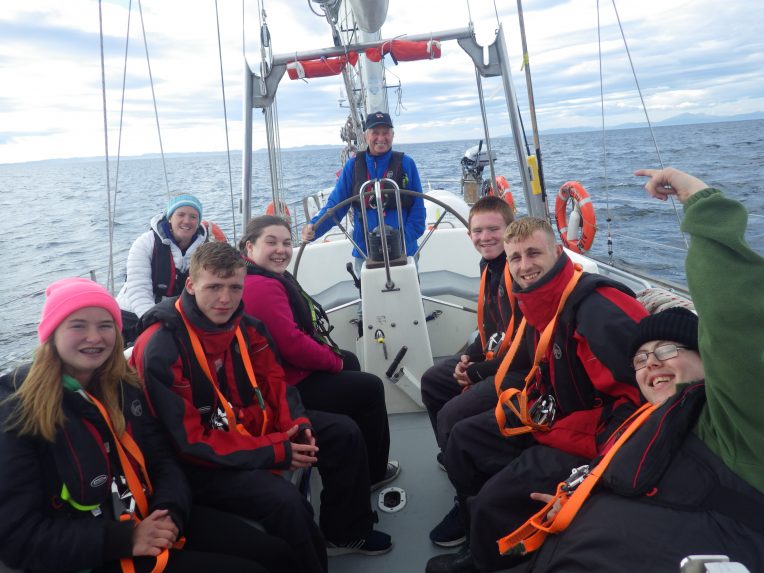