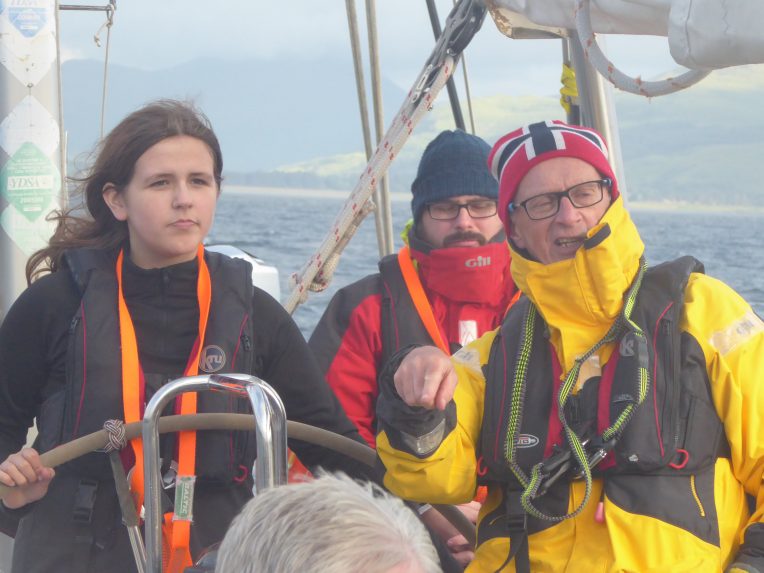 Falkirk Young Carers took part in a 7 day sailing adventure aboard the 70 foot yacht Alba Venturer, spirits undampened by the often wet weather. The 10 young people aged 14 – 18 took on all the challenges of sailing, with everyone taking a turn at navigating and steering the boat, hoisting and dropping the sails, and cooking for the whole crew.

Their trip took them to Tobermory (fulfilling some childhood Balamory-inspired dreams), up to Kyle of Lochalsh and across Portree on the Isle of Skye before they turned South again, stopping off at Eigg and Lochaline before arriving back into Oban Marina at the end of their week’s sailing. The group even completed two sessions of night sailing on their voyage, meaning they covered an impressive 225 nautical miles in total. 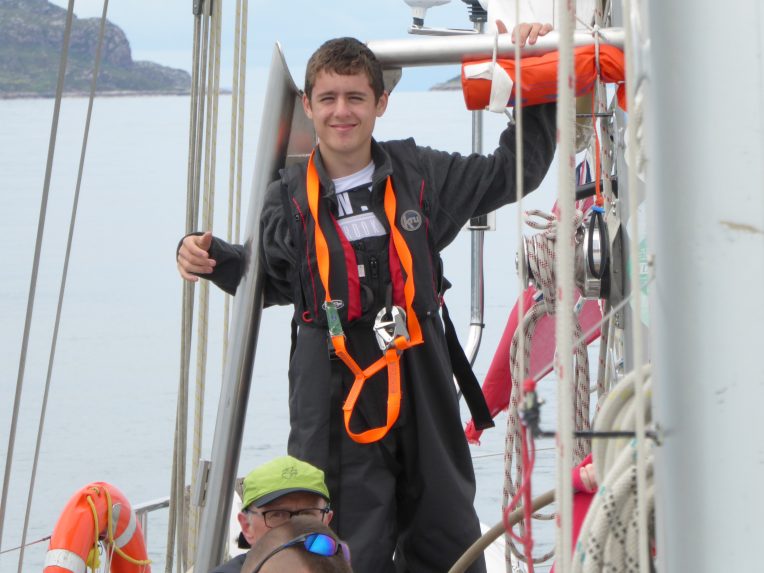 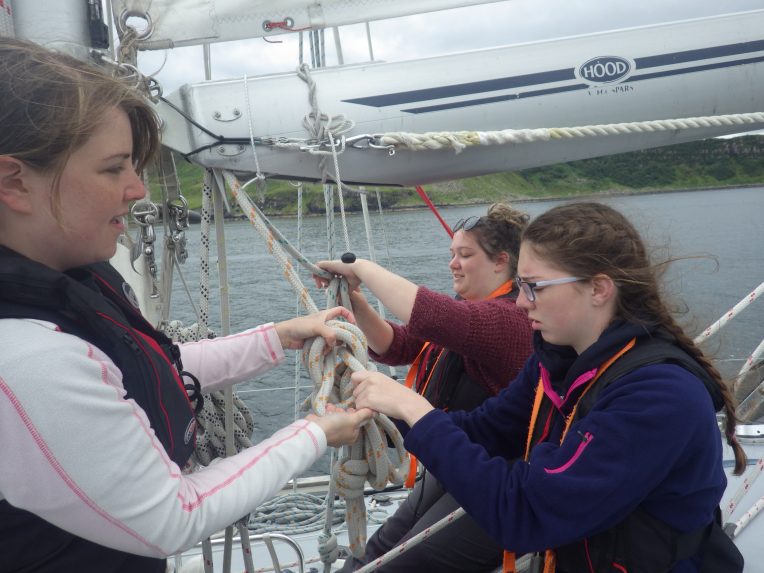 Though some of the young people initially struggled with being away from their families and taking on tasks outside their comfort zone, by the end of the week they had all settled in and felt they’d really got something out of the voyage. They said:

“This is a once in a lifetime experience that I have really enjoyed – a chance to learn new skills, make new friends and gain new experiences.”
“I’ve learned to communicate with others, to cook, and more about teamwork and sharing.”
“The best part of my week was working together as a team to get to our next point on the map.”
“The best part was getting to meet new people and form new bonds.”

All of the young people received their RYA “Competent Crew” certificate, as well as gaining lots of transferable skills which they will put to use in their day to day lives.

A huge thanks to The Denny and District Community Fund for making this voyage possible! 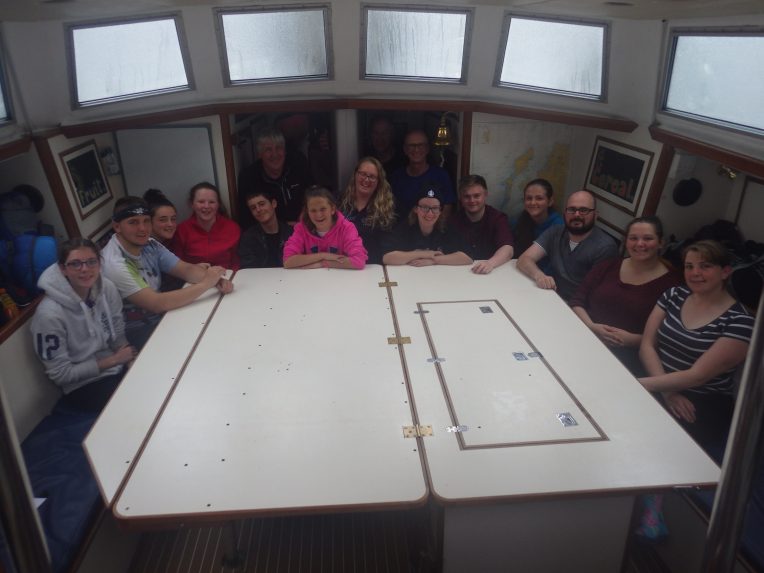