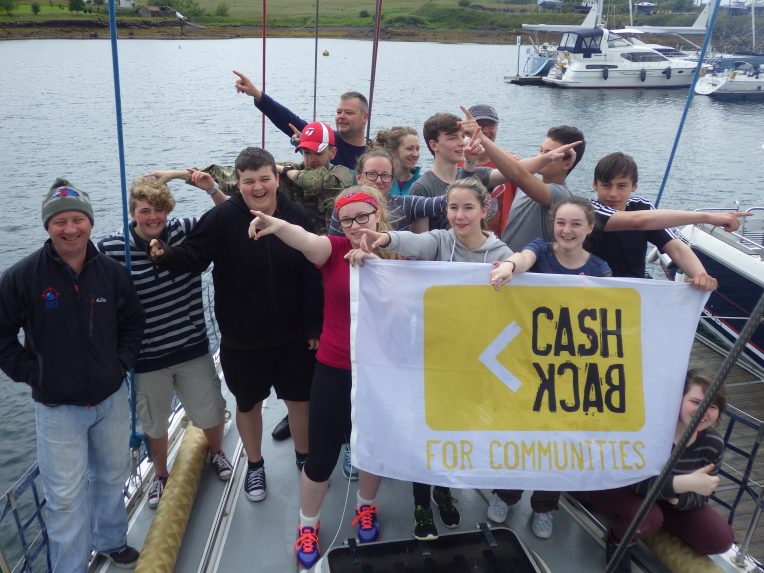 Last week 10 young people from the Highland region set sail with Ocean Youth Trust Scotland (OYT Scotland) on a voyage funded “CashBack for Communities”. Leaving from and returning to the Kerrera marina at Oban, the group spent five days at sea and explored the waters around the small isles (Rum, Eigg, Muck and Canna).

The first-time sailors refused to let their spirits be dampened by a week of wet weather as they took on all the challenges of sailing the 72ft yacht Alba Explorer. They all had a go at navigating and steering the boat, hoisting and dropping the sails, and cooking for the whole crew. In addition to this they all learned a number of useful knots, and by the end of the voyage had achieved the Royal Yachting Association’s Start Yachting Level 1 Award and the SQA’s Level 3 Speaking and Listening qualification. 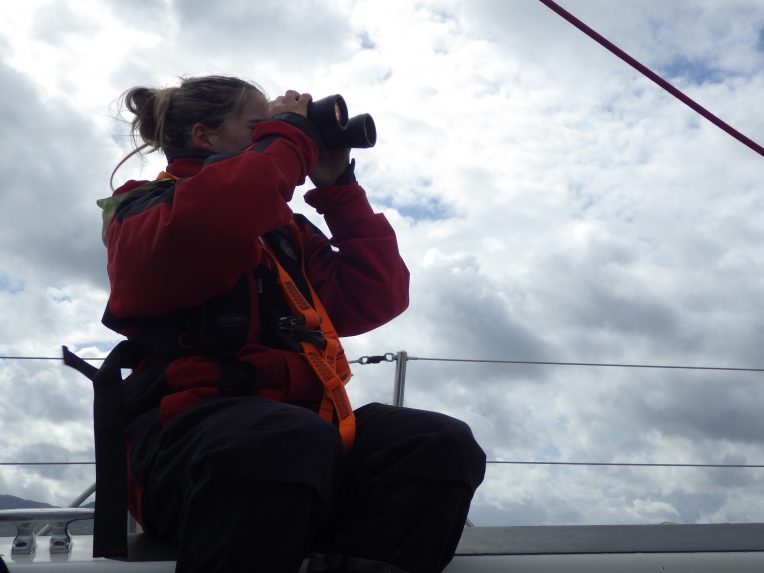 All the young people threw themselves into the experience and worked hard to achieve the goals they set themselves. They said:

“I initially felt nervous and was a bit terrified when the boat rocked, however I learned to be a little more confident”
“I had fun connecting with the other crew members”
“[I] made new friends and gained skills fast that [I’ll] use in the real world”
“It was a great experience meeting new people and seeing new places”

At the end of the voyage, all of the young crew members set themselves goals for the future. Many of them had clearly really enjoyed their time at sea, as six out of the ten young people wanted to do more sailing in future through joining their local yacht clubs and working towards sailing qualifications – two even wanted to come back to OYT Scotland as volunteers which is always great! Other goals included becoming more involved in activities within their local area, socialising more with new people, and improving their teamwork skills.

A massive thanks to everyone who helped to make the voyage a success, especially volunteers Jennifer and Charity. 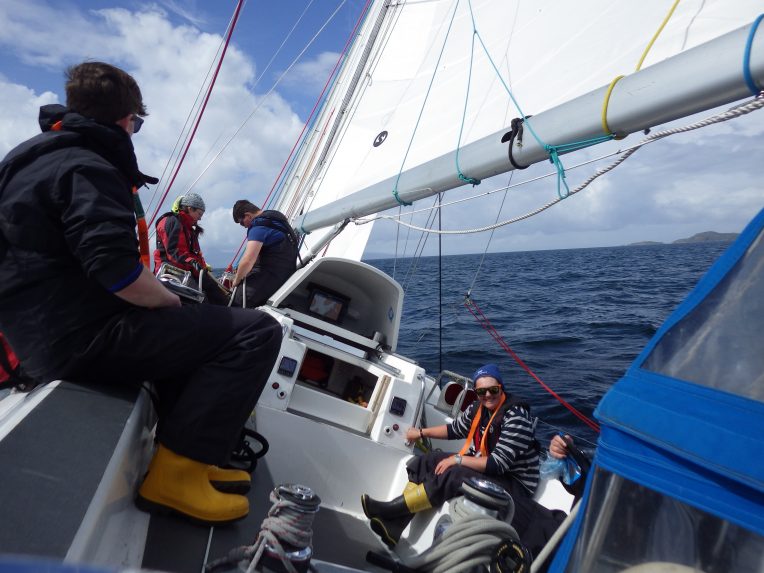