Last week, Arran played host to its first ever Sportive, organised by and in aid of Ocean Youth Trust Scotland. Over 200 cyclists took part, most following a route right around the island on the coast road, with the shorter route circling just the northern half.

The fastest cyclist, John Hung, completed the full island circuit in just 2h 59m, with Margaret Anderson, the fastest woman, finishing 9 minutes behind. The shorter route was conquered fastest by George Crawford and Louise Longhurst, coming in at 2h 20m and 2h 28m respectively. Our very own patron Curly Mills was one of the oldest riders taking part, and achieved a very impressive time of 3h 48m (just 49 minutes behind the leader!).

Another Ocean Youth Trust representative taking part was Barry Fisher, one of our Trustees. He had this to say about the event:
“As Trustee of OYT Scotland and a participant in the recent Arran Sportive I would like to thank everyone on Arran for their support of this fantastic event.  I know the participants that I spoke to were delighted with the warm welcome that they received on the Island.  A particular thanks to the Police and other emergency services who were extremely supportive of the event, in the planning stage particularly.  Finally thanks to all the motorists who were extremely patient and considerate for us as participants”

Full figures are not yet in, but it looks like we’ve raised well over £7000 for OYT Scotland, which is fantastic! This is in addition to introducing over 200 riders (and their friends and family) to our charity and the work that we do, raising our profile in a big way! 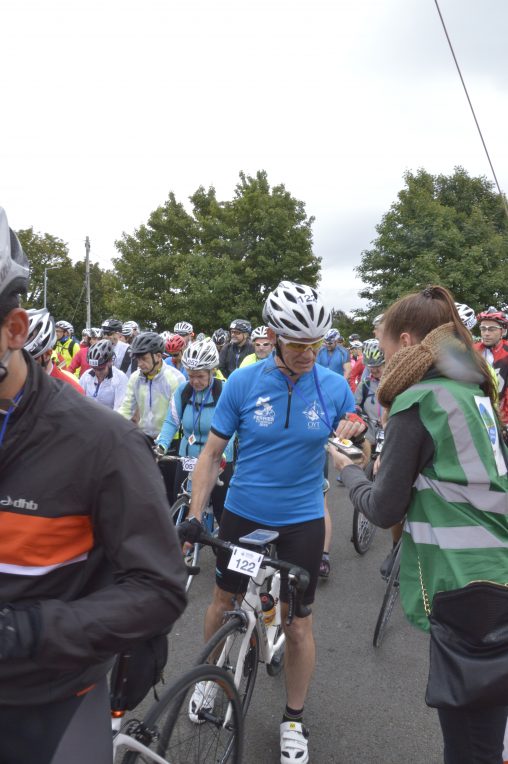