Ocean Youth Trust Scotland welcomed three young carer groups on board in April, with groups coming from Falkirk, East Dunbartonshire and Helensburgh and Lomond. Partially funded by the Big Lottery’s Medium Grants for Improving Lives, the groups are part of the CORAL (Carers On Residential Adventurous Learning) project, focusing on giving young people much needed respite from their caring duties. 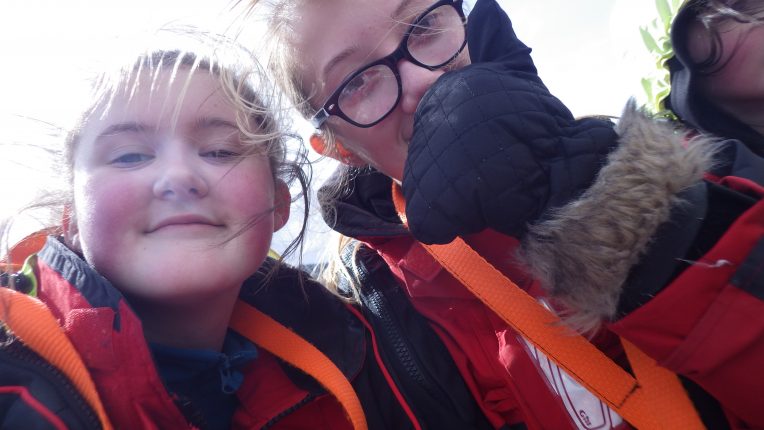 10 young people set sail on Alba Explorer on the 3rd April, launching the first of 9 young carers’ voyages this season. Departing from James Watt Dock Marina in Greenock, the crew sailed 100 nautical miles, calling in at East Loch Tarbert, Lamlash and Kilchatten Bay on Bute, before returning to Greenock on the 7th April.

The young people on board said that the best part of the voyage was learning new skills, meeting new people and discovering new places. “It was great feeling when I completed a task” said one young crew member. When asked what she would advise to friends about whether they should take part in an OYT Scotland voyage, she said “It’s a great experience… I learned to cook for a big group and made great friends. I would definitely recommend it. I don’t think I will ever forget this trip or my experience!”

Craig Marsland, who has sailed with the Trust previously, returned as a Group Leader along with Jayne Lennox.

A huge THANK YOU goes to BBC Children in Need for partially supporting the Falkirk and Helensburgh & Lomond groups.

Young carers from across East Dunbartonshire gathered on at James Watt Dock on Monday 10th April to take part on a five day voyage. Group leader Emma Azzopardi kept a diary on facebook of their adventures, commenting that the crew set sail and went “on a wee sail yesterday afternoon from Greenock to Holy Loch and it was freeeeezing but everyone helped out. Kids all having a good time and we played some games last night which they enjoyed.” The crew dropped anchor in Holy Loch and took turns on the night watch which required the crew to get up through the night in pairs recording depth and wind speed.

The weather on the Tuesday turned windy, so the group made a short sail from Holy Loch to Tarbert where the young people disembarked for an adventure on land. They left Tarbert on Wednesday and spent the night at Loch Ridden, before returning to Greenock on Thursday night.

The nine young people enjoyed their time on board, summed up by one young sailor who commented that it was “a brilliant experience- I’d love to do it again!”

We’d also like to extend a BIG THANK YOU to Shared Care Scotland Creative Breaks programme who helped fund the East Dunbartonshire voyage. 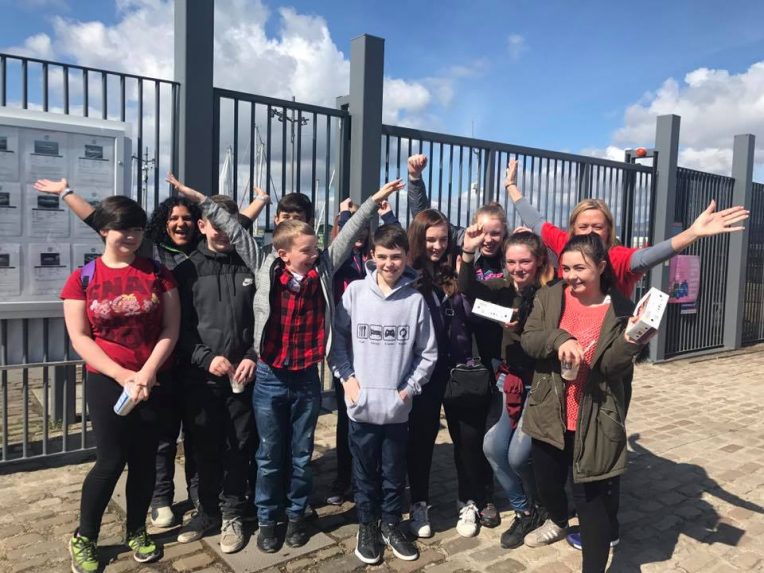 The third young carers group to sail in April was the Helensburgh and Lomond Young Carers group. 10 young people spent a week sailing on Alba Venturer, covering 105 nautical miles, calling in at Holy Loch, Lochranza, and Tarbert before heading back to Greenock on the Friday.

“It was hard being away from my mum and dad from a week, but it was really worth it for the experience,” claimed one young sailor. “It was a great feeling heeling over when the boat was sailing properly, and I loved learning to change the sails and work in a team.” Firm friendships were developed on board, and another young person commented that it was “scary to step out my comfort zone, but it was good to have my new friends there to support me.” “It’s sad to be leaving the boat, but I know I will stay in touch with everyone here- I can depend on them if I need them having gone through this experience together.”

Ocean Youth Trust Scotland is Scotland’s leading sail training organisation and is transforming more than 250 young carer’s lives over the next three years. OYT Scotland will be working in partnership with the Carers Trust and their extended network, The Scottish Young Carers Services Alliance. The nine voyages in 2017 will be made up of 90 young people and 18 key workers from East Dunbartonshire, Helensburgh, Sense Scotland (Glasgow), Aberdeen, Edinburgh, Falkirk (x2), Cowal and Bute, and West Glasgow.