So far this season we have had two young carers groups sail with us; LinkedUp East Dunbartonshire and Helensburgh Young Carers who both sailed on board Alba Venturer during the Easter holidays. 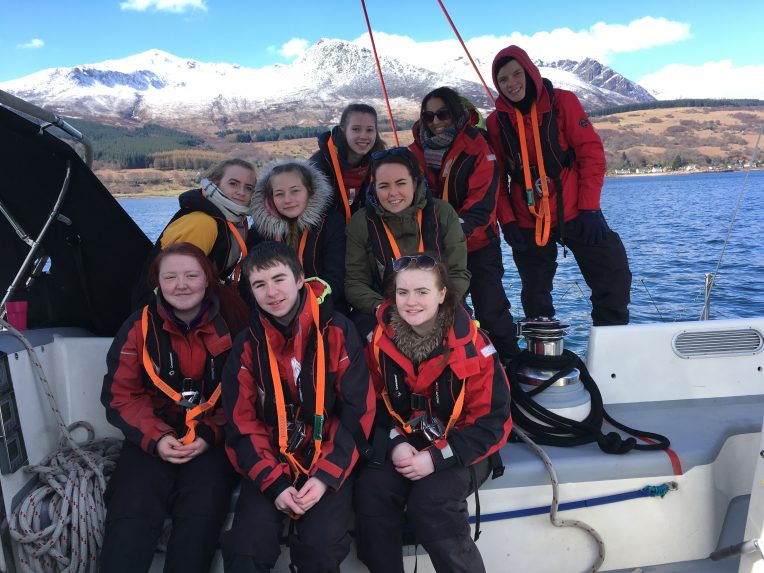 During the first week of the season, 7 young people and 2 group leaders from East Dunbartonshire were our first young carers voyage of the season. Over the course of their 5 days on board “each individual became more confident, closer to the group, and great memories were created.” The group stopped off at Tarbert and Portavadie where they got the chance to go ashore and explore. Towards the end of the week, the sun came out and Alba Venturer anchored off Brodick where they crew enjoyed the snow-capped hills of Arran. Their final stop was Holy Lock before heading back to James Watt Dock.

The voyage was also the first for our Office Assistant Kenny. He said of his time on board, “it was an amazing experience sailing with the young people, it was great to see how they develop throughout the voyage and I also learnt from them during the week.”

Thanks to our crew Skipper Craig McNeil, volunteers 1st Mate Dave Murray and Watchleader Cameron Muir, and to our cadets Molly and Lewis. 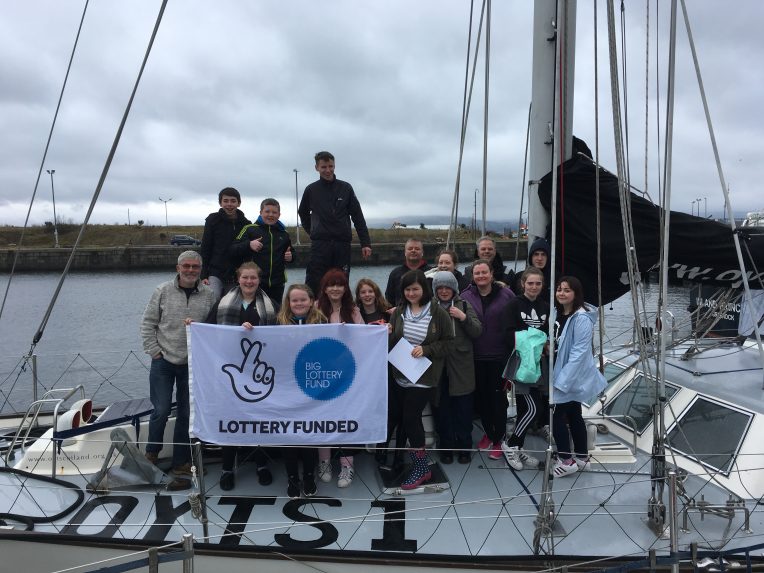 Next up were a group of 10 young people from Helensburgh Young Carers. The group visited Holy Loch, Lamlash and Portavadie and the highlights of the trip were working together as a team, getting to know new people, and celebrating a birthday on board!

Thanks to Skipper Craig Hodgart, volunteers Dave Murray as 1st Mate again, and Bill Main as Watchleader. Cadet Lewis was our second Watchleader and Bosun Saskia Parsons, whose younger brother was part of the group sailing.

Our next young carers voyages will be in June when hopefully the weather will be slightly warmer!