Since our last update five more groups of young carers have set off on an adventure with Ocean Youth Trust Scotland. With some unprecedented sunshine the weather was much better for these groups than at the start of the season! 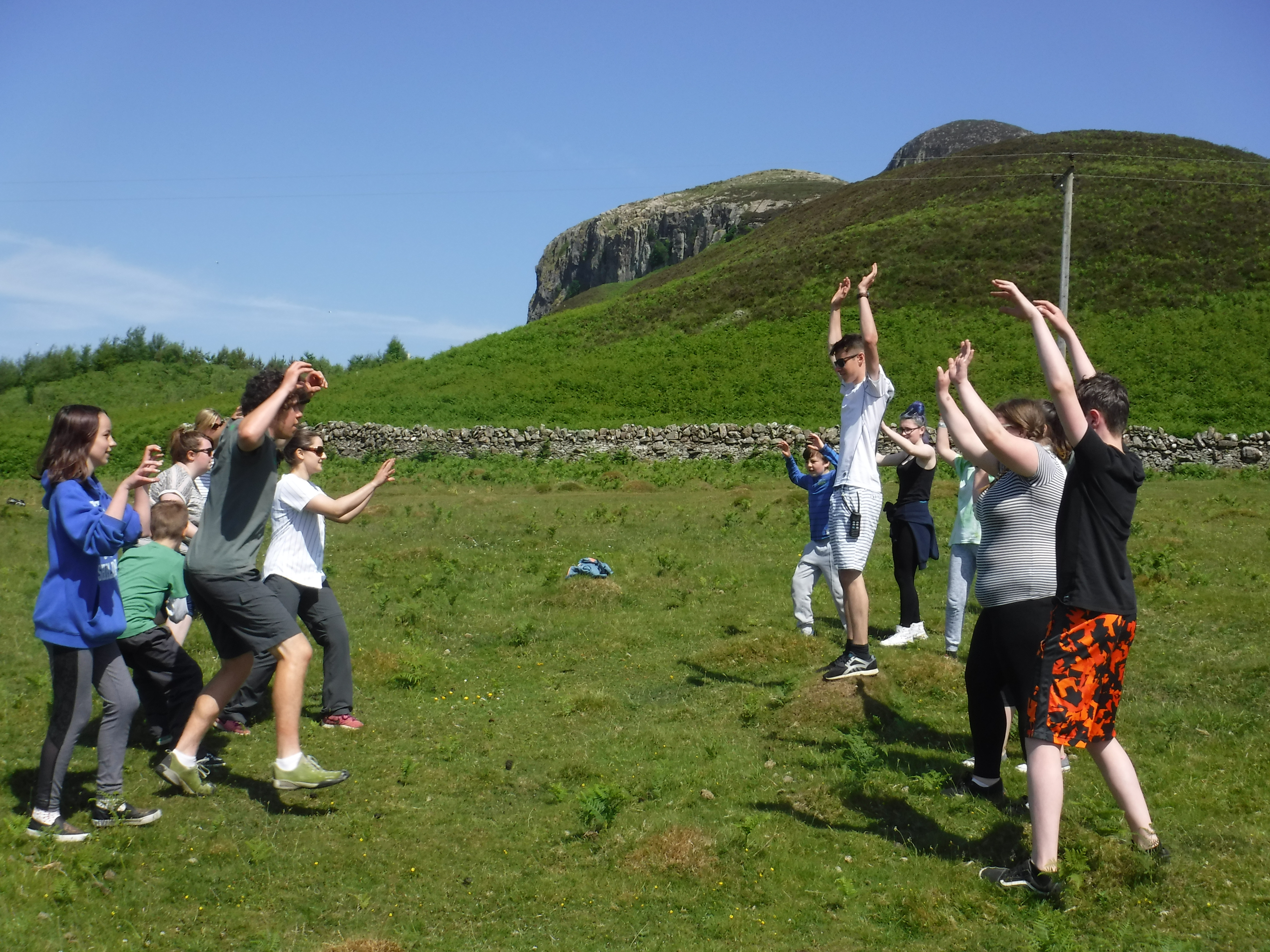 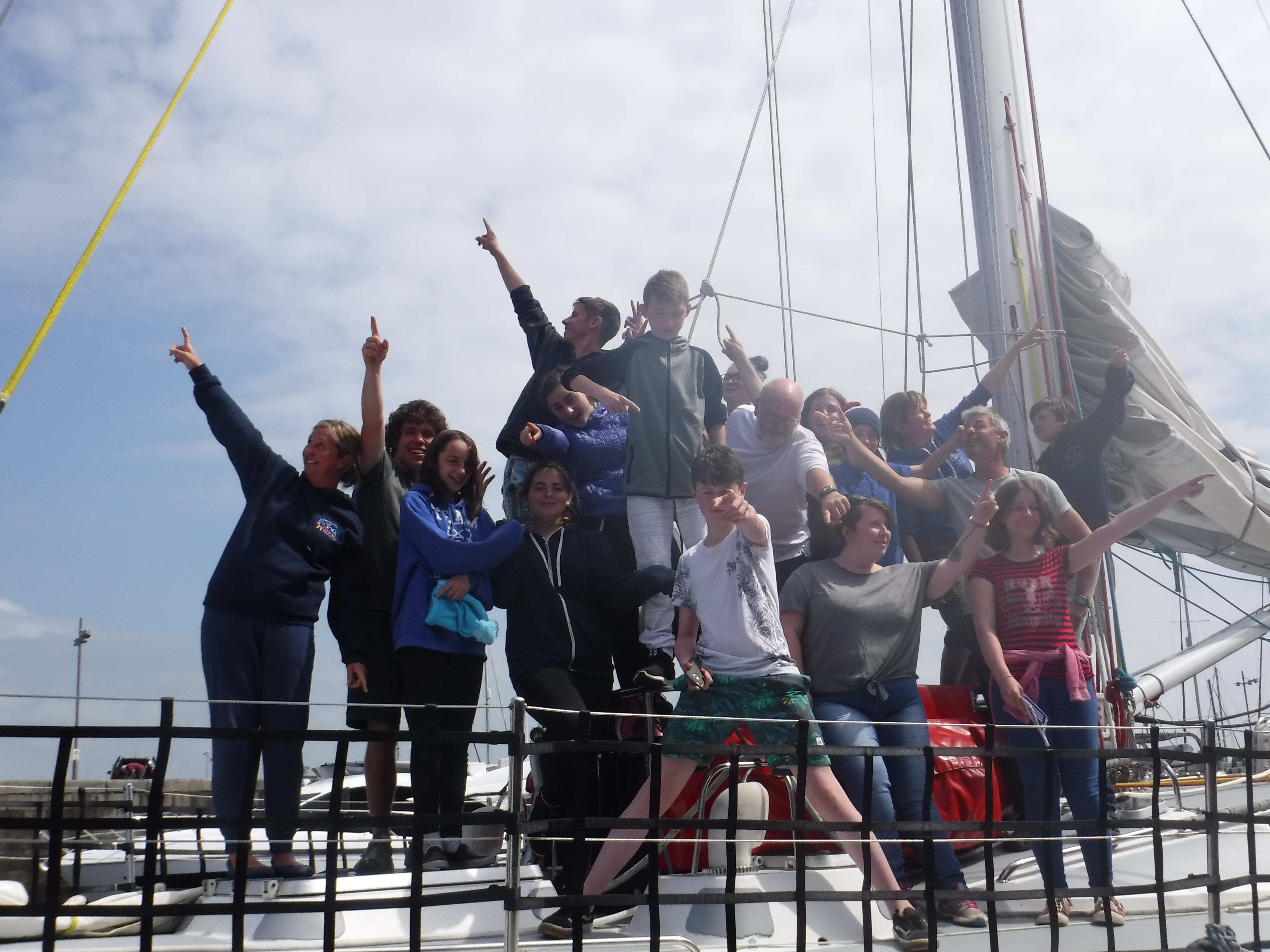 All of the young people threw themselves into the experience and worked hard to achieve the goals they set themselves. But it wasn’t all work and the group had lots of fun going ashore to play an epic game of Goblins, Wizards, Giants, have a dingy race, and host a recycled items fashion show! 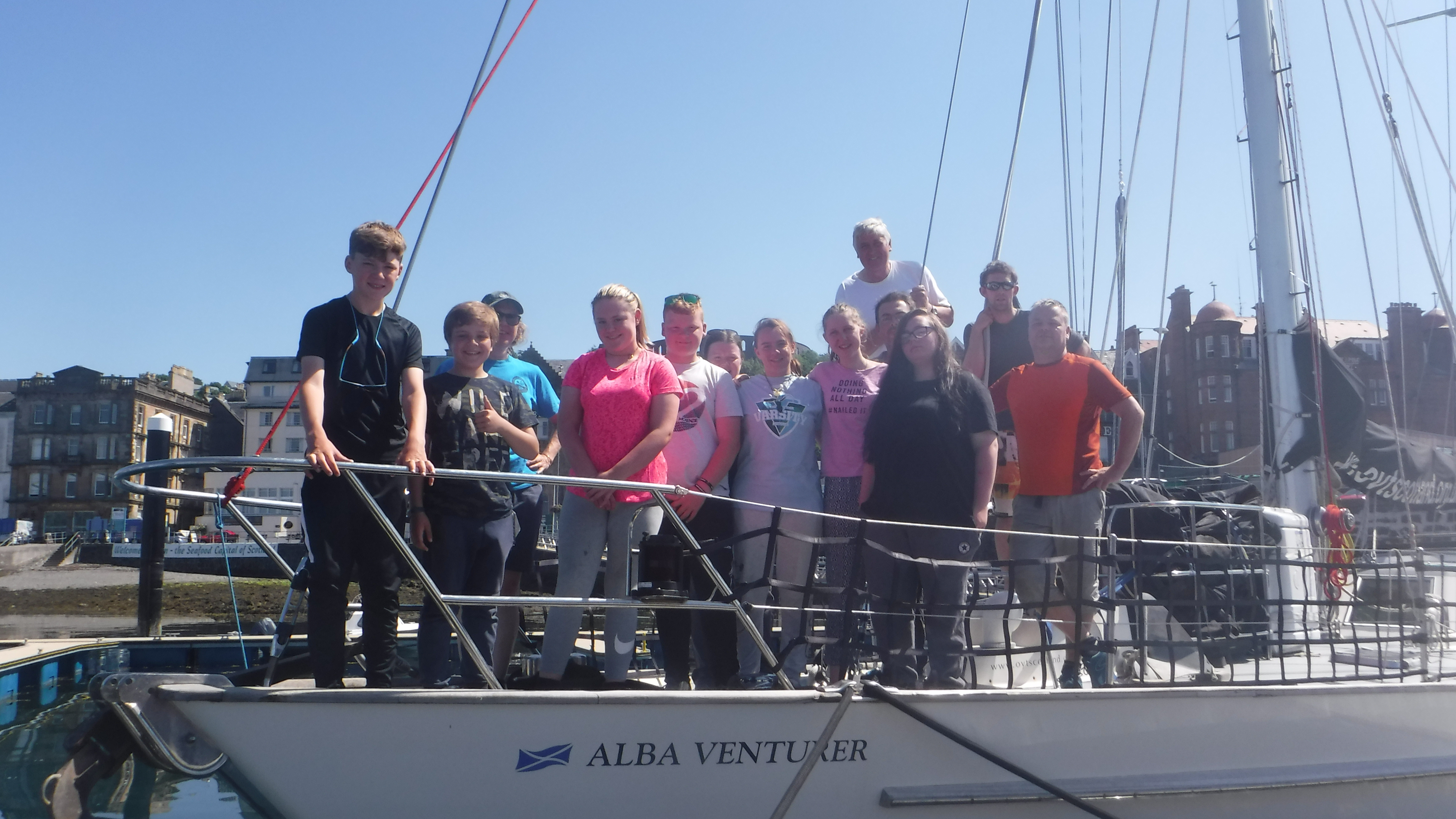 On 25th June, nine young carers from Wallace High School set sail from Oban. Sailing 108 nautical miles on Alba Venturer, the group visited Ardtornish, Calgary Bay, Coll, Lunga and Tobermory. Enjoying the sunshine, the group not only learnt to navigate, steer, and hoist and drop sails, they also hosted beach Olympics, had a tasty BBQ, and saw an island of puffins!

By the end of the week, the young carers were proud of what they had achieved, felt it was a good experience which taught them new skills, and it was lots of fun. One young person spoke about how she didn’t want to go and was extremely nervous beforehand and she was very proud that she managed to stay on board for the whole week. Another said that the trip made him appreciate that you can live without a lot of things that you don’t necessarily need to make you happy such as television and mobile phones. 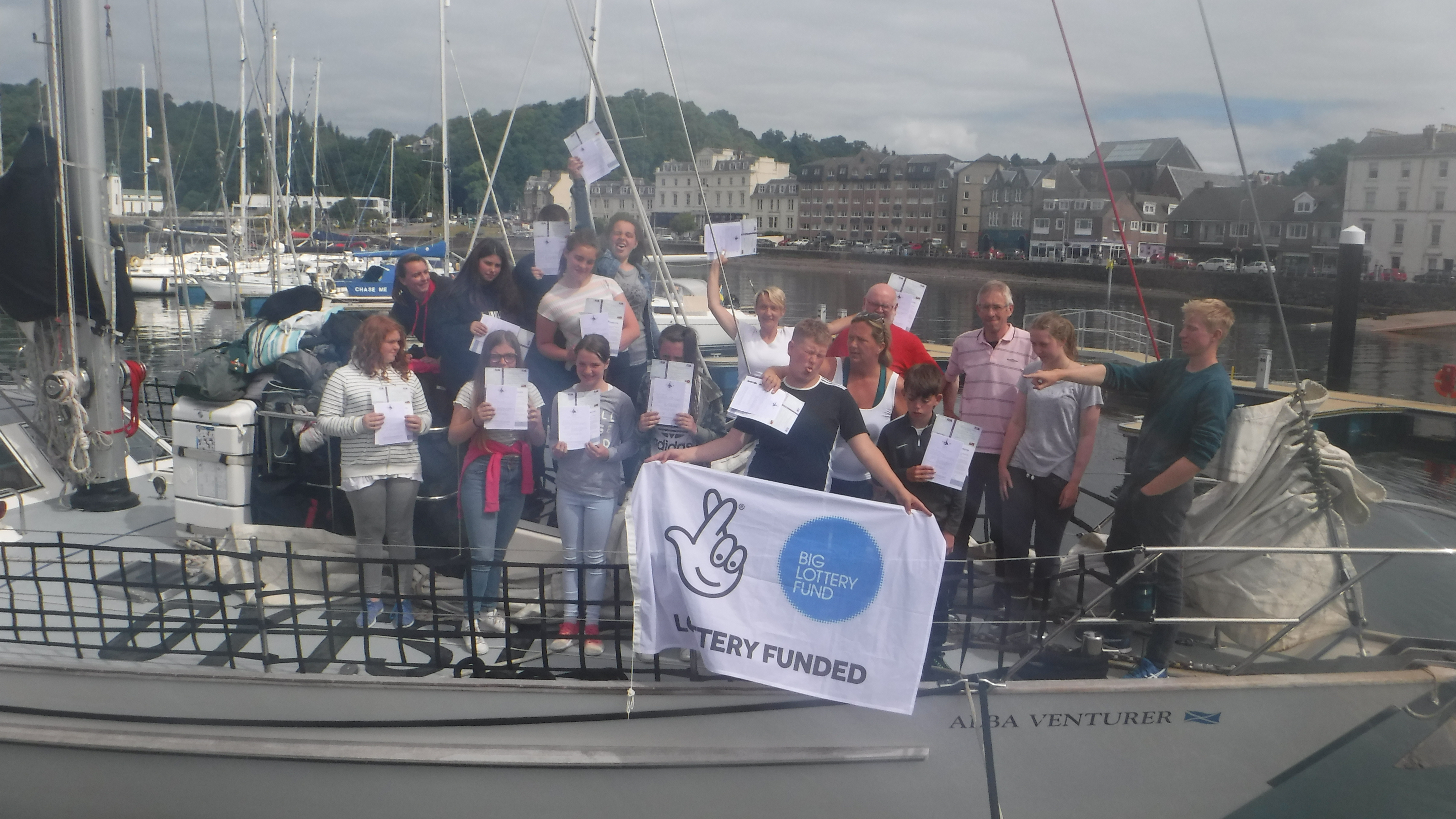 A group of ten young carers from Y-Sort-It sailed from Oban on 2nd July visiting Arden Caple Bay, Balnahard Bay and Scalasaig on Colonsay and Ardfern.

The young crew all had to work together to sail Alba Explorer and were rewarded with their RYA Start Yachting. Again blessed with lovely weather, the group were lucky enough to spot Minke Whales, sail through the Corryvreken, and enjoy a BBQ on the beach.

When the young people were asked what the high points of the voyage were, some of the answers included: seeing the wildlife, learning about the boat and how it works, helming, and playing football on the beach. 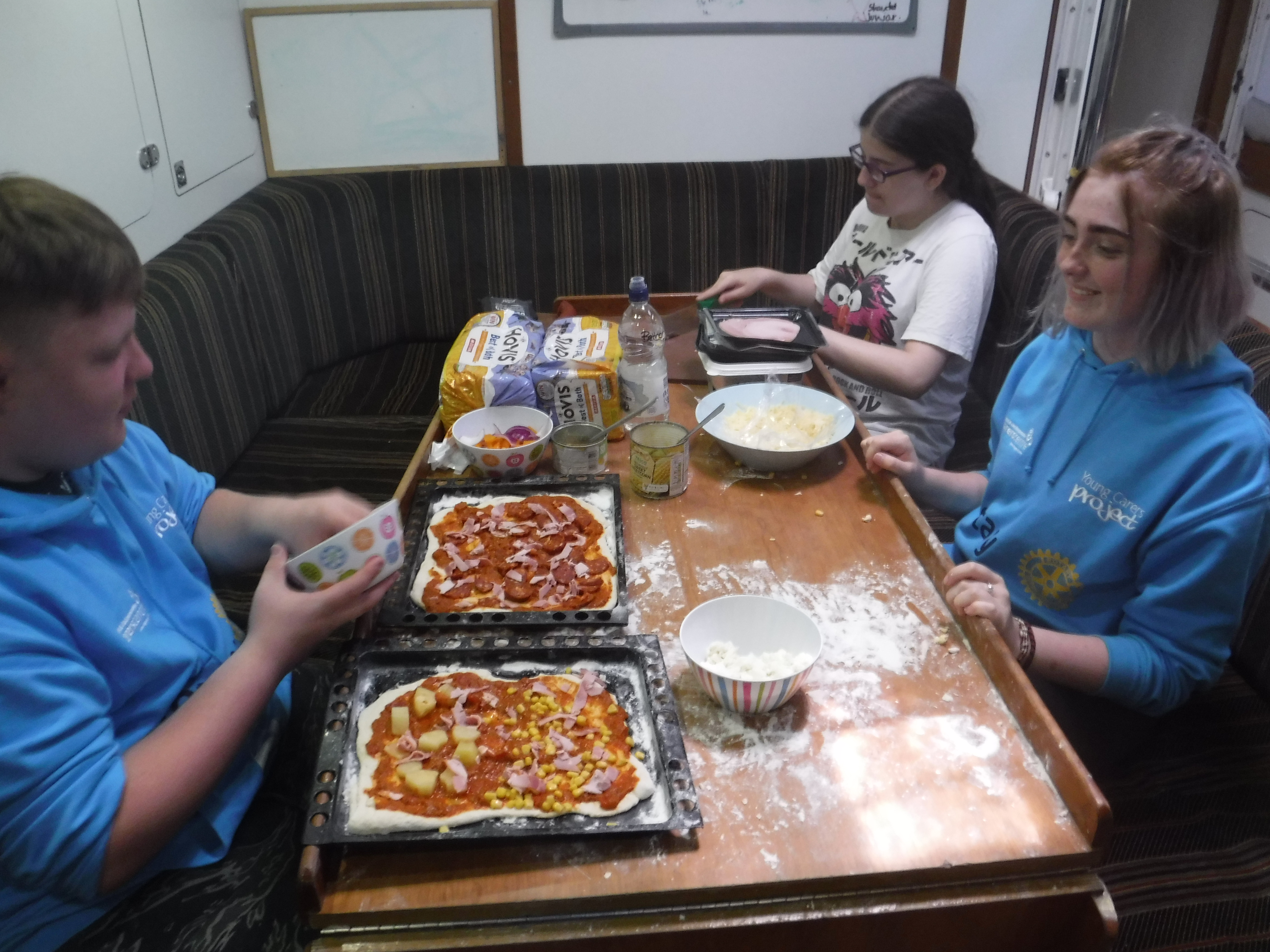 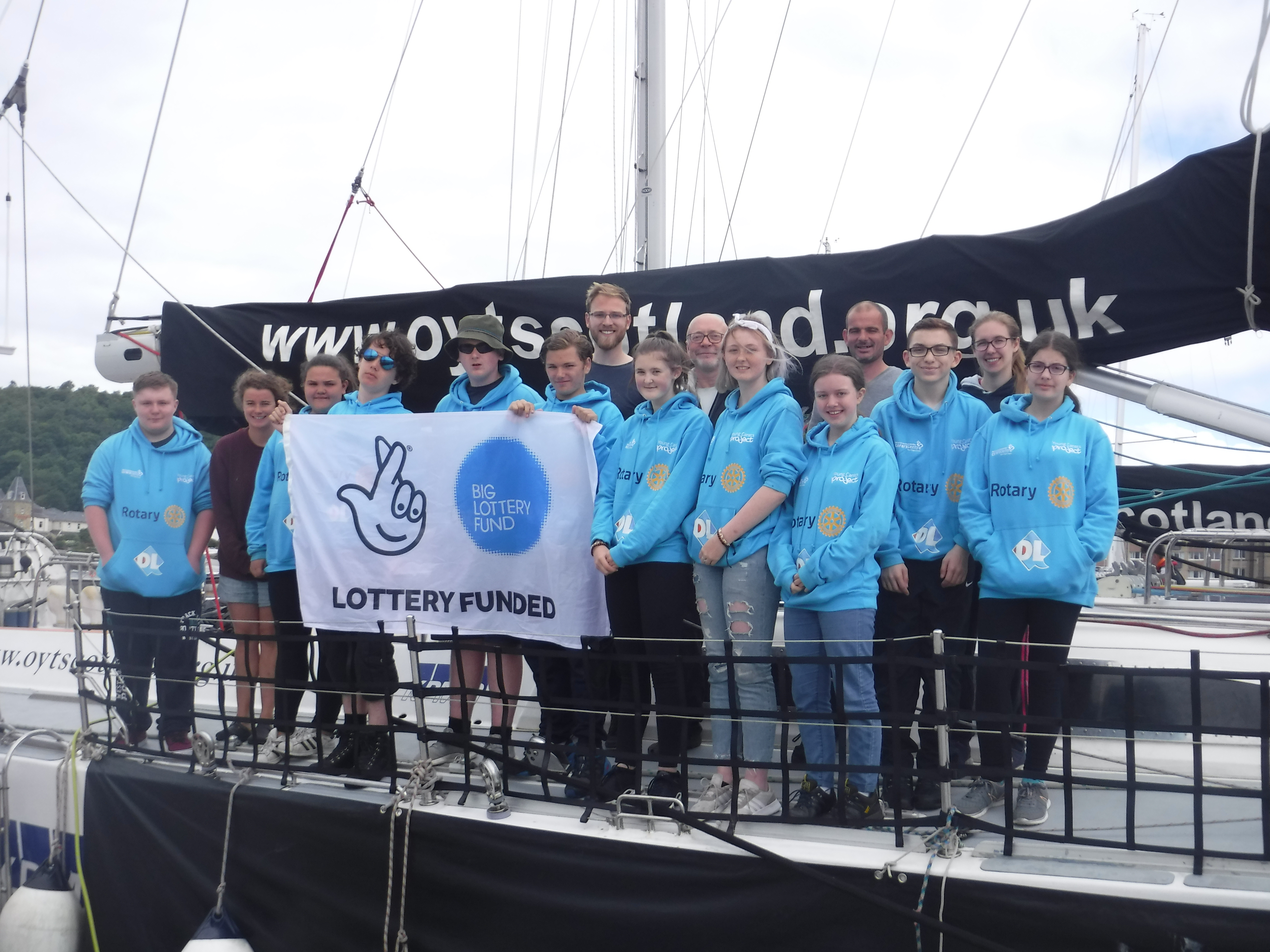 The same week as Y-Sort-It were on Alba Venturer, ten enthusiastic young carers from Falkirk & Clackmannanshire and their two group leaders set sail from Oban on Alba Explorer. Sailing 127 nautical miles they stopped off at Tobermory, Mallaig and Loch Alainn. Whilst on board the group made homemade pizza, baked cakes, and had lots of fun exploring the shore lines. 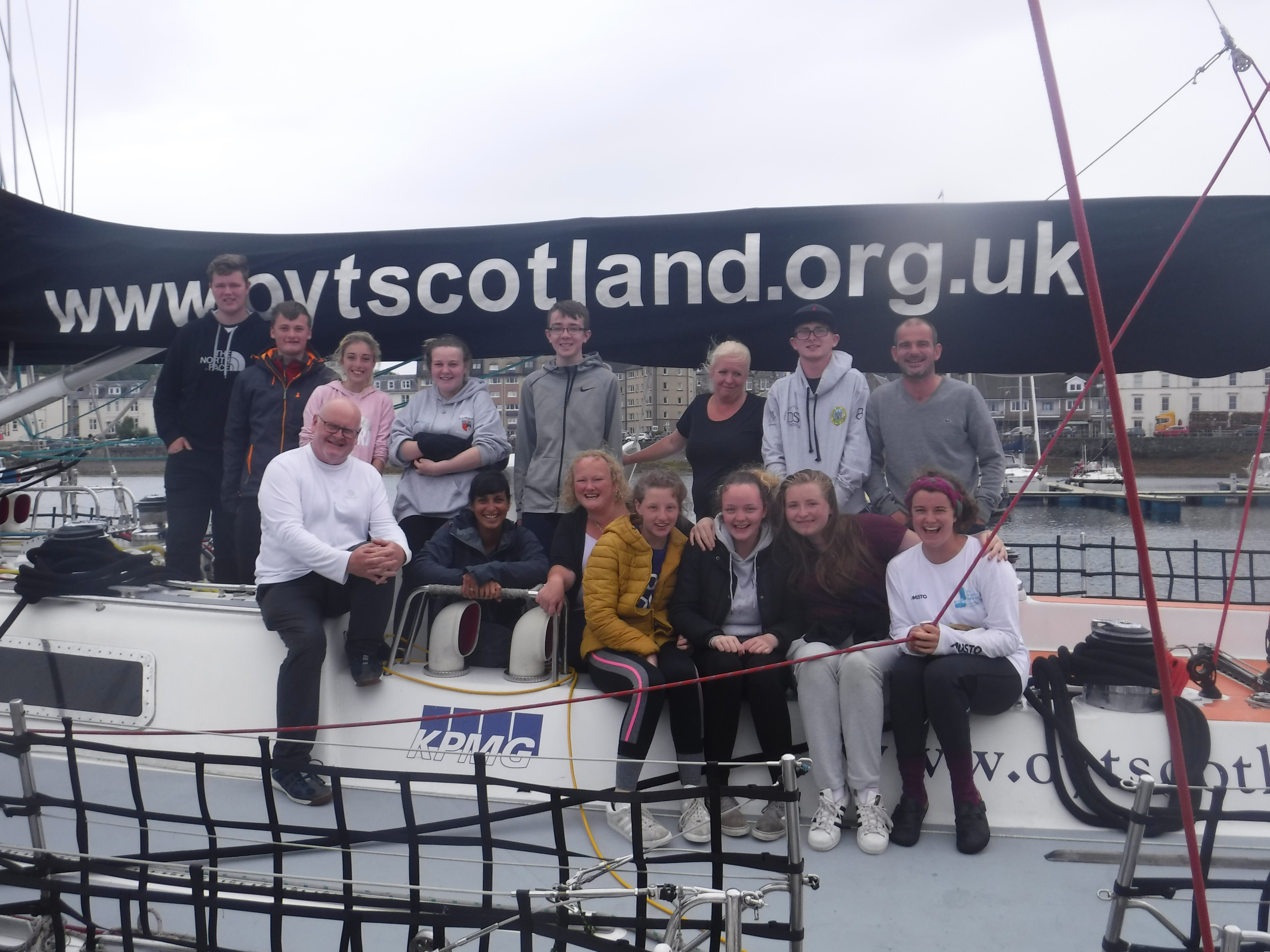 Nine young people from the Fife Young Carers Group began their 5 day adventure in Oban on 23rd July. Also sailing on Alba Explorer the crew had a bake off, enjoyed the glorious sunshine, and got stuck in helping with the sailing, cooking and cleaning. Their hard work and effort paid off and they all achieved their RYA Start Yachting.