This years’ On Course with CashBack programme has came to an end with the final three voyages taking place in August, September and October. We’re looking forward to welcoming 12 new groups in 2019 which is the final year of our CashBack funding.

7 young people from Police Scotland Youth Volunteering set off on Alba Venturer on 20th – 24th August. Sailing 136 miles, they visited Holy Loch, Tarbert, and Campbeltown. On a trip full of laughter and fun, the group worked hard and were rewarded with some stunning weather and SQA qualifications to add to their CV. For one young person, their favourite part of the experience was “being out at sea where it was quiet and peaceful.”

On 10th – 14th September a second group of 10 young people from Larkhall Academy set off on their adventure visiting Tarbert, Lamlash, and Holy Loch. The group showed real resilience and built confidence, gained new skills, and learned how to work as part of a close knit team. The sea staff were incredibly impressed with the group; Steve the Skipper said “you’re a massive credit to your parents, guardians, and these group leaders who took you along.” Another member of the sea staff said “you clicked on to things really well and gelled as a team. You didn’t moan, you just got on with it. I’m so proud of you guys.”

“Before the trip I didn’t really know if I’d get on with anybody cos I don’t really talk to anybody in school but we actually gelled as a team on board.”

“I feel like I’ve got a bit more confident and I’ve learnt so much from being here.”

“I’m honestly surprised about how much I’ve enjoyed this. It’s been challenging, I’ve really enjoyed getting to experience loads of new things, even the hard bits were fun so I’m really happy that I did come.” 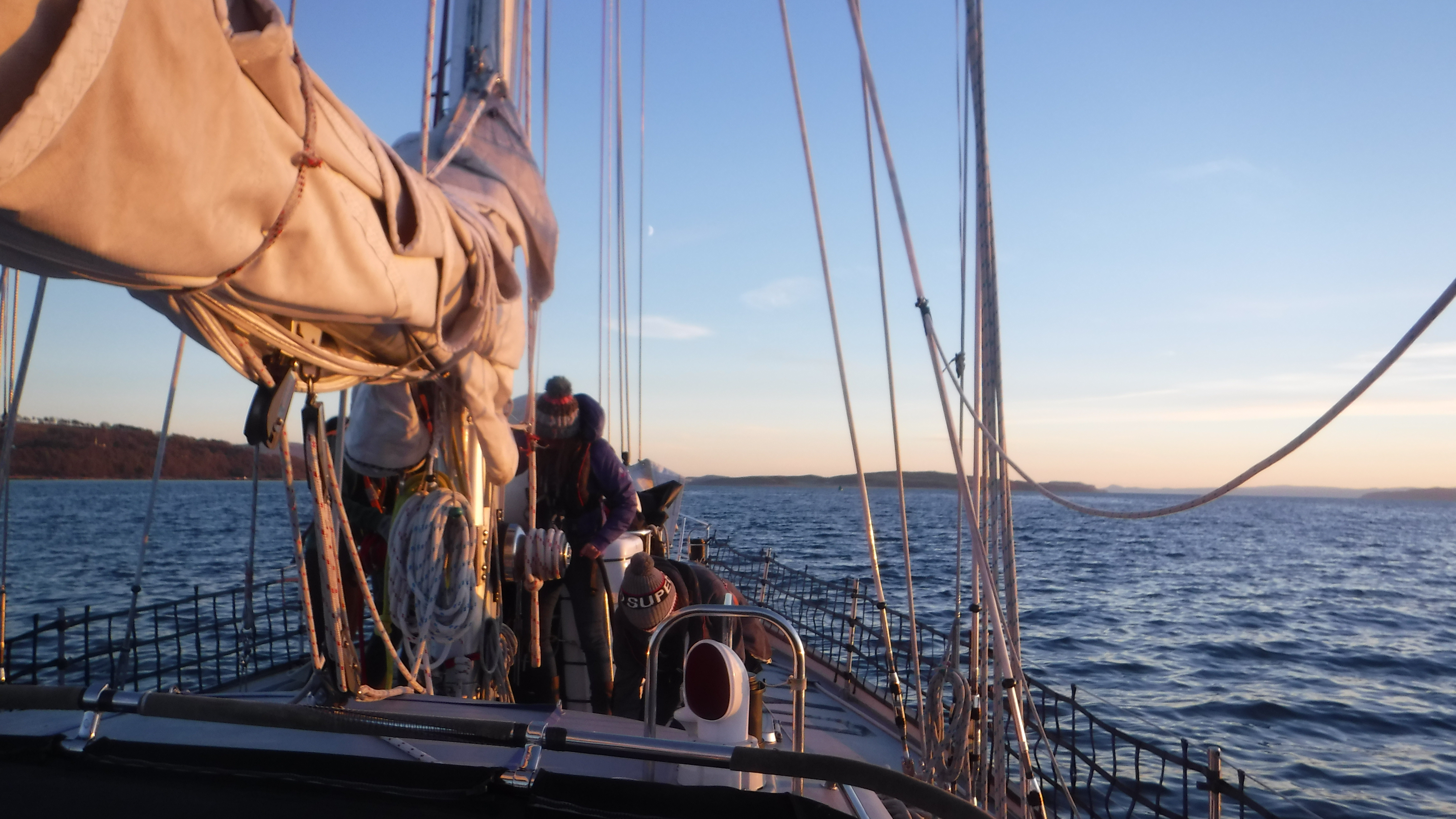 In October, 7 young people from Inverness set off on Alba Venturer. The trip had a positive impact on many of the young people. One said that “I’m not going to be scared of being in the middle of the ocean anymore“, whilst another said “I’ll be more open to solving problems rather than dodging them.”

Everyone worked really well as a team, were really keen, and the sea staff loved seeing everyone work together, bonding as a team and being really engaged in all the tasks.