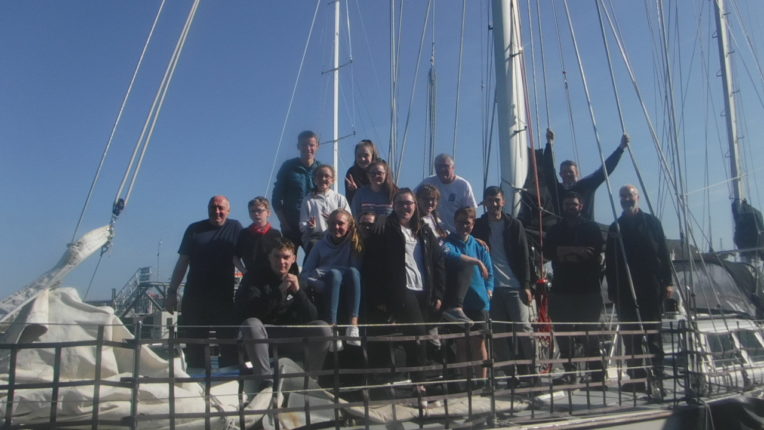 Case Study: G15 and Stand Up To Sectarianism Voyages supported by Merchants House of Glasgow

“I learned a lot and had a lot of fun learning about life on a boat. It’s made me appreciate what I have at home too. I am excited to see my mum again and can’t wait for a hot shower!” A quote from one of the ten young people whose voyage was made possibly by support from Merchants House of Glasgow.

In 2019 Merchants House of Glasgow generously supported two OYT Scotland voyages for groups from Glasgow. On Monday 19th August 2019, a group of young people from Youth Scotland – Stand up to Sectarianism joined Alba Venturer in Oban, visiting Islay, Jura, Cambeltown and Holy Loch on their way back to James Watt Dock, Greenock.

A few weeks later 10 young people from G15 Youth Project came aboard Alba Venturer for a voyage from James Watt Dock. Like many of the youth groups we work with, they experienced a range of emotions– excitement mixed in with a bit of worry as to how they would get on over the week.