A group of 10 young people from Stonelaw benefited from our CashBack for Communities partnership recently, sailing Alba Venturer 98.1 miles around the Clyde Estuary. Their 5 day voyage took them to Holy Loch, Lochranza, and Tarbet as they learned the ropes aboard the 72ft sailing vessel. As well as learning how to sail, the […] 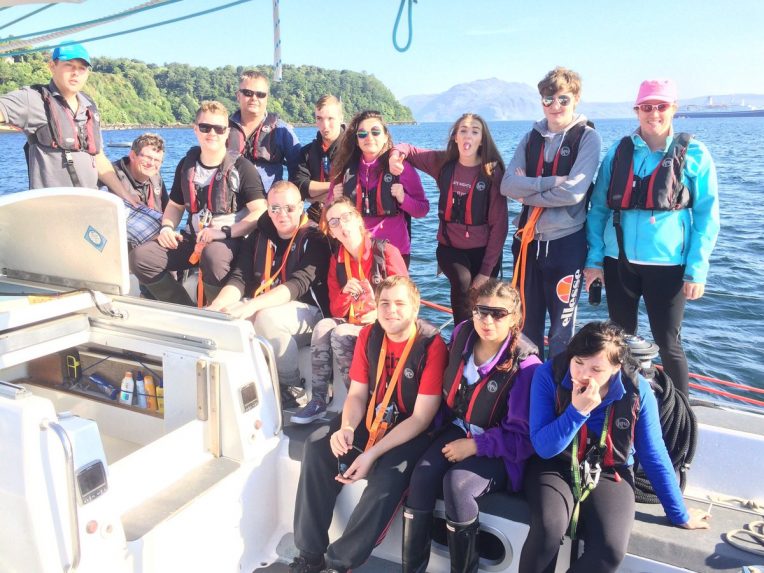 Eight young people from North Lanarkshire took part in the 9th OYT Scotland voyage funded by CashBack for Communities this year. The group set sail from Oban on the 15th August, and spent 5 days at sea. They had a busy week, logging 129 miles and visiting Kerrera, Tobermory, and Loch Na Keal before returning […] 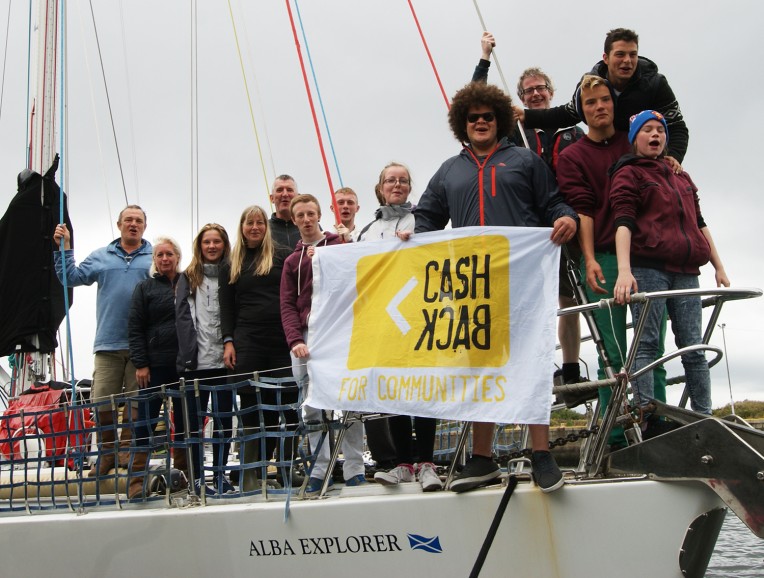 Eight participants from the City of Edinburgh were given the opportunity to take part in an Ocean Youth Trust Scotland voyage funded with money from CashBack for Communities. The group set sail on 31st August to spend 5 days exploring the waters of the Upper Clyde, departing and returning into James Watt Dock in Greenock. […]

A great voyage report from a group leader: Gale force winds, rough seas and seven days spent almost entirely within the confines of the 72 foot ketch, Alba Venturer, set the scene for the West Coast Challenge Sailing Expedition 2015. Eleven cadets from across the UK together with two adult volunteers joined the OYT Scotland […]